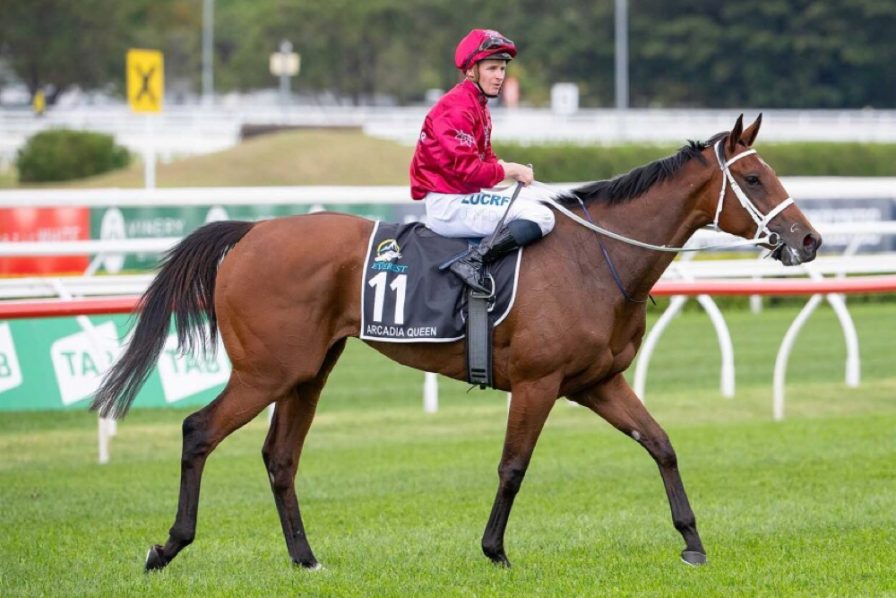 Will Arcadia Queen earn more money for her connections at the 2021 Magic Millions Gold Coast National Broodmare Sale than the $3,991,035 she banked during her 16-race career, the highlights of which were her three Group One wins?

Another Peters Investments-bred Group One heroine, Celebrity Queen, fetched $2.5 million at the 2021 Inglis Chairman’s Sale, and neither the pedigree nor the race record of this season’s Oakleigh Plate winner – the judge could not split her and Portland Sky, so he declared a dead heat for first – is up to the standard of Arcadia Queen’s page. Celebrity Queen won only one Group One and two black-type events compared to Arcadia Queen’s three and six. And Celebrity Queen’s dam, Celebrity Miss, has thrown just one stakes performer compared to the four out of blue hen Arcadia.

Therefore, it would be amazing if Arcadia Queen’s sale price did not exceed $2.5 million when she goes under the hammer at the Gold Coast complex of Magic Millions. Mares with a body of work in the breeding barn have sold for huge figures – the world record belongs to Better Than Honour, which cost US$14 million in 2008, and the record for an Australian sale stands at the $5 million splashed out in the same year for Milanova – but off-the-track mares are a different beast. The Australian record for one of those is $4.2 million, which the Coolmore crew coughed up for Sunlight in 2020.

The composition of the buying bench will go a long way to determining whether Arcadia Queen’s sale price exceeds that of Sunlight. Both mares won three Group One races, including one each as three-year-old fillies in which they beat their elders at weight-for-age conditions. Sunlight pipped Arcadia Queen when they clashed in the 2019 editions of The Everest and the Golden Eagle, but the former’s genetic make-up of a sprinter may be less appealing to overseas buyers than the latter’s pedigree, which is that of a miler blessed with both speed and stamina. If bloodstock agents acting on behalf of, say, Japanese clients participate in a bidding war Arcadia Queen could sell for really big bucks.