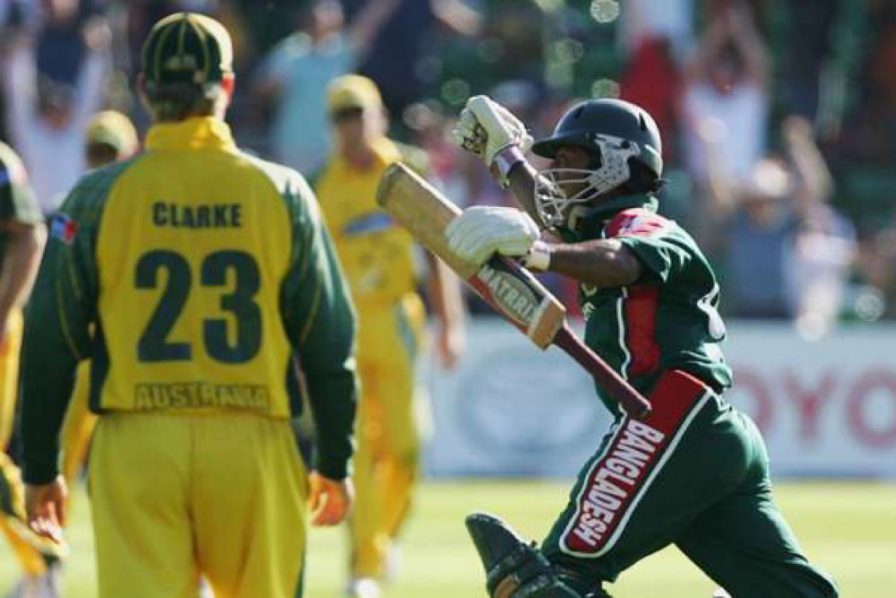 Undisputed world heavyweight champion Mike Tyson lost to James Douglas on this day 31 years ago, but the biggest upset in a single sports match took place at a cricket ground in Cardiff, not in a boxing ring in Tokyo.

Tyson was 1-42 with Las Vegas bookmakers to defeat Douglas and improve his professional record to 38 wins from 38 fights. Douglas had lost his previous world title bout, suffering a 10th-round technical knockout at the hands of Tony Tucker, whom Tyson beat on points three months later. Douglas shook not only Tokyo, which is famous for its large earthquakes, but also the world when he knocked out Tyson in the 10th round of their supposed mismatch in the Japanese capital. It was a huge shock, of that there is no doubt.

However, Australia losing its 2005 One Day International game to Bangladesh in Cardiff registered an even bigger number on the Richter scale. Australia had won each of its six One Day International matches against Bangladesh by whopping margins – seven wickets (twice), eight wickets (once), nine wickets (twice) and 112 runs (once) – and the odds compilers of Centrebet, for which I was working as its Media Manager, believed the Aussies were too long at 1-100, not that they wanted to play at that price. But some of Centrebet’s high-rolling clients did get involved, placing four- and five-figure wagers that stood to return little more than a week’s worth of beer money. Australia recovered from Adam Gilchrist and Ricky Ponting being dismissed for zero and one respectively to post 249 runs for five wickets, but Bangladesh reached its victory target with four balls and five wickets remaining. Seven days later, Australia thrashed Bangladesh by 10 wickets in Manchester, but that only rubbed salt into the wounds of their Cardiff punters.