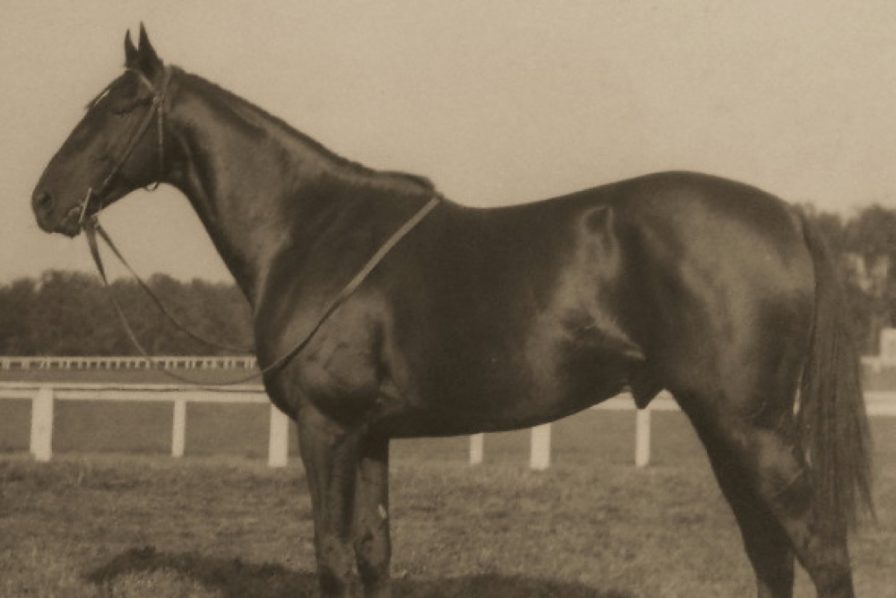 Eighty-three years ago today, Battleship made thoroughbred history when he became the first – and likely the last – galloper to complete the win double of Grand National races run in the United States of America and the United Kingdom.

A small horse which stood little more than 15 hands high, Battleship was bred to a champion on the flat because his sire was Man O’ War, which many American sports publications ranked as the outstanding thoroughbred of the 20th century, and his dam was Quarantaine, which foaled 1923 Prix de Diane heroine Quoi seven years before Battleship was born.

Battleship performed admirably in flat races, even winning a Principal-graded event in 1930, but it was over obstacles that he excelled. Battleship won the 1934 American Grand National at Far Hills in New Jersey, and four years later, he lined up against 35 opponents in the 1938 British Grand National at Aintree near Liverpool. Trained by Reg Hobbs and ridden by 17-year-old jockey Bruce Hobbs, Battleship won the most famous steeplechase race in the world at odds of 40-1.