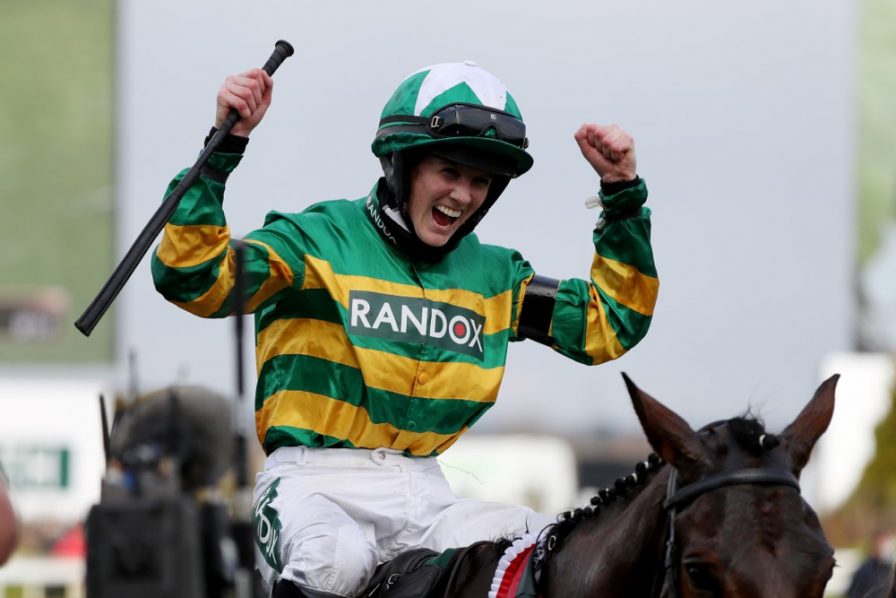 Blackmore’s first Grand National mount, Alpha Des Obeaux, fell at Aintree’s tallest fence, The Chair, in the 2018 running of the United Kingdom’s most famous thoroughbred racing event. In 2019, Blackmore completed the 30-obstacle Grand National course aboard 10th-placed finisher Valseur Lido. In 2021, Minella Times enabled not only Blackmore but also his trainer, Henry de Bromhead, to rewrite British jumps racing’s history books. Never before had either a female jockey won the Grand National or a trainer saddled the winners of the Champion Hurdle, Queen Mother Champion Chase, Cheltenham Gold Cup and Grand National in the same season. The latter may become nicknamed the Henry Slam.