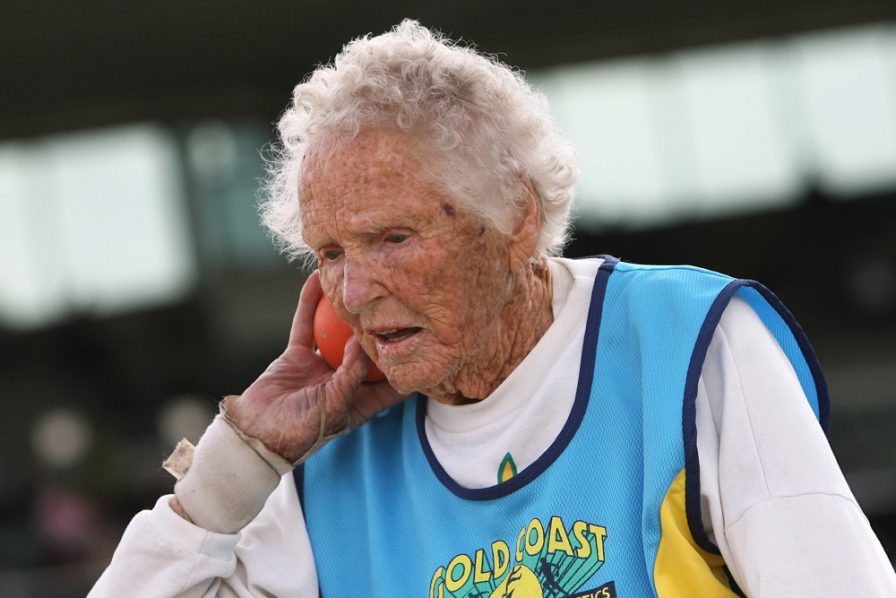 This week marks the seventh anniversary of the death of the most remarkable athlete I have met during my quarter of a century working in elite sport, a vegetable-dodging centenarian who threw down the gauntlet to her peers.

Ruth Frith was planning her 99th birthday party when our paths crossed for the first time in June 2008. Frith was one of the early-bird registrants for the Sydney 2009 World Masters Games and the first of two centenarian competitors – the other person who had received a telegram from Queen Elizabeth II by the time the largest multi-sport event on the planet took place, lawn bowler Reg Trewin, signed up only a few hours before the deadline – to make themselves known to organisers. It was obvious from my first chat with Frith and her British Empire and Commonwealth Games silver medal-winning daughter, Helen Searle, that both of them were golden media talent, particularly the senior of the duo.

Frith’s rise from anonymous athlete to celebrity competitor was rapid once I started disseminating Sydney 2009 World Masters Games media releases, and her fame spread a million or two times farther than the 10 metres she could throw the hammer. Frith, Searle and their family handled everything I threw at them, including travelling from Queensland to New South Wales to star in the Sydney 2009 World Masters Games 100 Days to Go event I organised in Circular Quay. Frith treated rush-hour commuters and the assembled media to a throwing demonstration, challenging Jodi McKay – then the New South Wales Minister for Tourism and now the state’s Leader of the Opposition – to a shot-putting showdown.

The Sydney 2009 World Masters Games ran across 10 days in October of that year, and Frith won six gold medals – discus throw 9.12m, hammer throw 10.14m, javelin throw 5.48m, shot put 4.07m, weight throw 4.88m and weight pentathlon – in addition to doing more media interviews than a Hollywood actor at a press junket. Honoured with a Medal of the Order of Australia in recognition of her service to athletics, Frith stayed in the spotlight between the Sydney 2009 World Masters Games ending and her death aged 104 years in February 2014, including being one of the subjects of The 100+ Club documentary. Rest in peace, Ruth. You earned your right not to lift another finger for the rest of eternity.