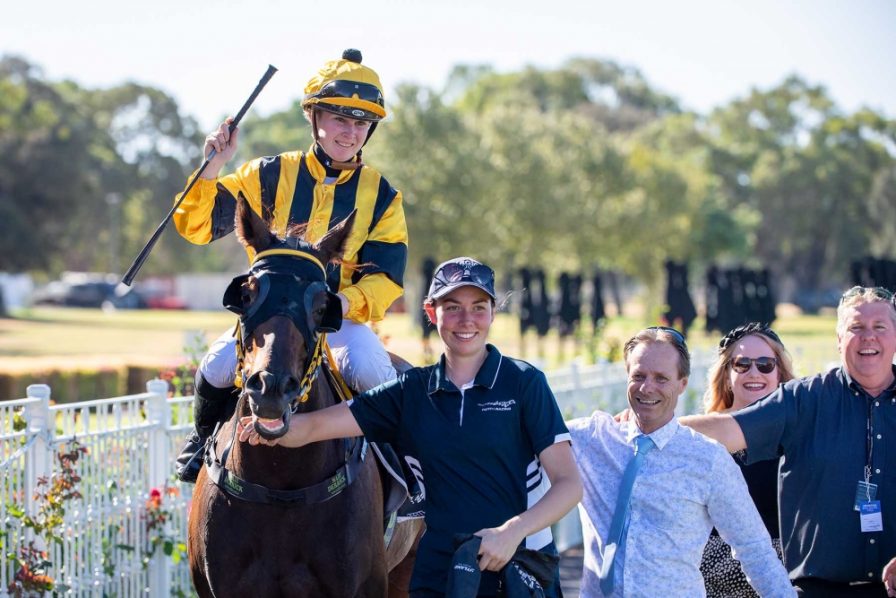 I do not know if Martin Allan watched Bargain Hunt in his native United Kingdom, but I do know he has an eye for a real bobby-dazzler that is as cheap as chips after his $500 buy, Time To Sizzle, continued her rise through the grades.

Time To Sizzle fetched $1,500 for Yarradale Stud at the 2017 Magic Millions Perth Winter Racehorse and Thoroughbred Sale, but changed hands for one-third of that amount before ending up in Allan’s yard over the road from Western Australia’s top track, Ascot. Time To Sizzle is a moody mare with which a few things have done wrong before, during and after races, but she sizzled when breaking her maiden in a super-fast time over 1,000 metres at her home venue in December 2019, and she is three from three over 1,000m this season.

By deceased, unraced stallion City Place out of Sizzled, a mare which finished stone motherless at Pinjarra in August 2012 on her one and only competitive appearance, Time To Sizzle is belying her pedigree. Time To Sizzle has won six of her 11 starts, banking $137,800 for her connections in the process. Not even GameStop shareholders are enjoying a better return on their investments than Time To Sizzle’s owners, the principal of whom is her on-fire trainer.

Neurological, the late galloper on which Allan spent $20,000 of his inheritance, and named in honour of his father who passed away with motor neurone disease, won nine races for the British handler, including the 2019 Farnley Stakes at Listed level at Belmont. Time To Sizzle may become Allan’s winningmost runner, and she would have a shot of posting a black type victory provided she sticks to 1,000m events.