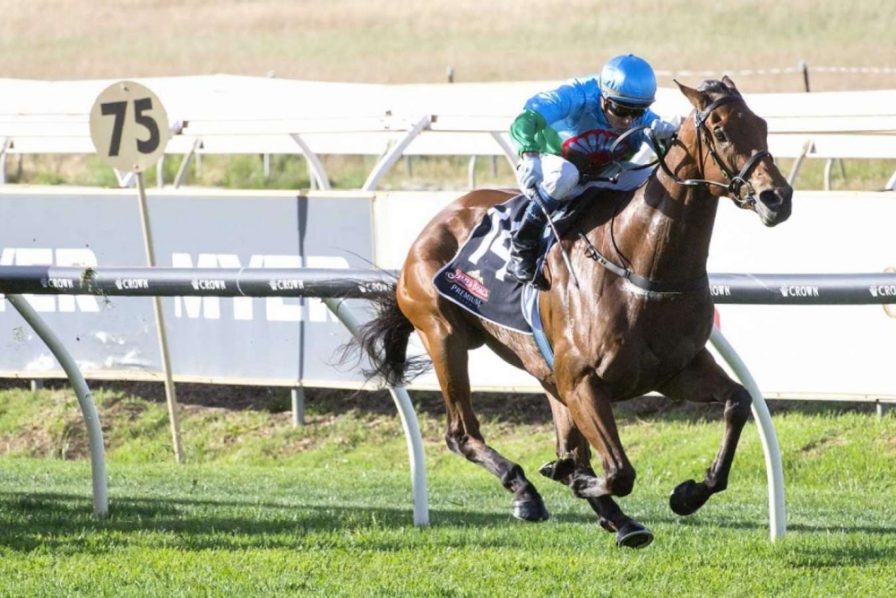 Did you know it is International Romani Day and that one of Australia’s greatest gallopers in modern times carried the distinctive colours of the Romani people because his majority owner is a member of a famous Romani family?

Many jockeys have worn the light blue and green halves with red spoke wheel colours of Chris Wells aboard his gallopers, of which the best to date must be two-time Group One winner Scales Of Justice, which died from a heart attack last year. Scales Of Justice won the 2016 Railway Stakes and 2019 Memsie Stakes, plus he probably would have claimed the 2016 Kingston Town Classic had his rider, Douglas Whyte, ridden out carrot connoisseur Chopper all the way to the line.

The Romani flag consists of a background of blue and green, representing the heavens and earth, respectively; it also contains a 16-spoke red dharmachakra. The latter element symbolises the itinerant tradition of the Romani people and is also an homage to the flag of India, added to the flag by scholar Weer Rajendra Rishi. Wells based his racing colours on the Romani flag because the Perth-based businessman is a member of the Wells tribe well known in and around the New Forest area in southern England. The 2012 funeral of Louisa Wells made news around the world because the 87-year-old deceased fan of all racing codes, who was the head of five generations of one Romani family, was buried alongside a betting slip with a cigarette in her right hand.