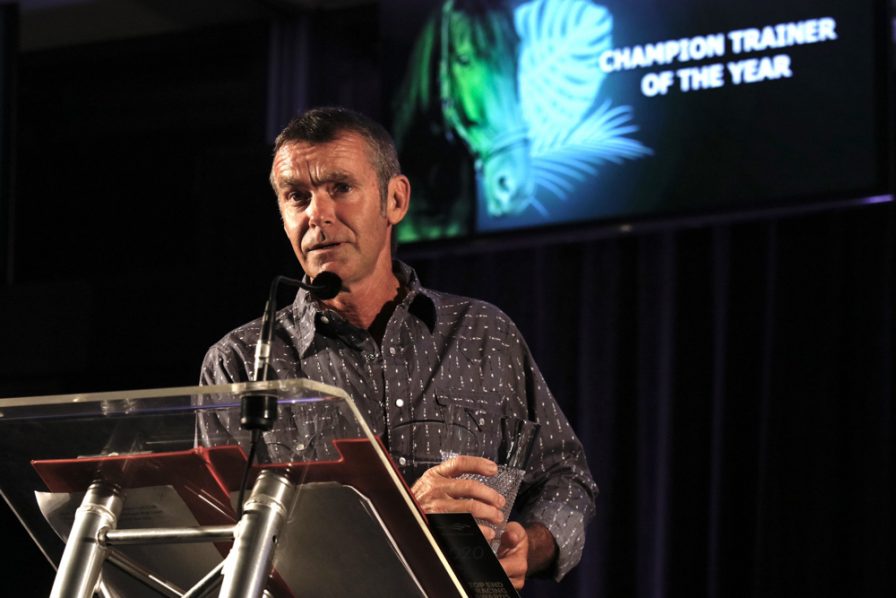 Seven gallopers represented Clarke in Friday’s five Darwin races, with Kalmar, Obligatory, Patria, Papalet and Fort Knox returning to the Fannie Bay winner’s stall. Jarrod Todd was aboard all bar Patria, which teamed up with Adam Nicholls. Clarke’s quintuple improved his Northern Territory season statistics to 63 victories from 304 runners, with 57 of his wins occurring in the jurisdiction’s metropolitan area. Clarke is odds on to lift the Northern Territory’s city trainer premiership for the ninth consecutive term.

Training the card is not uncommon at non-TAB meetings. Brian Condon achieved the feat with his half a dozen winners at Einasleigh in 2001, one of which, Jacob’s Boy, topped and tailed the program. And Trevor Sutherland sent out all six victors at Carrathool in 2017. But prior to Clarke’s Friday fill-up, no-one had trained the card at a TAB meeting.

Several publications have attributed training the card at the 1994 Forbes Cup Day meeting to Frank Cleary, but there were nine races, and the Group One-winning conditioner won only half a dozen of them. Cleary did not have a starter in the Forbes Cup, which Palate took out under Michael Cahill 14 months on from the last of his four Group One placings.