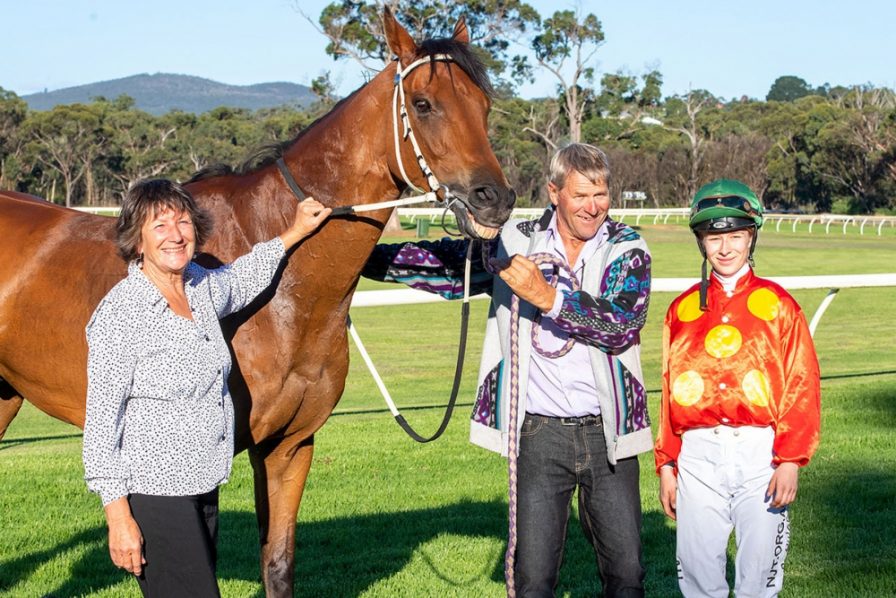 Eleven-year-old frontrunner Corporate Larrikin led all the way under Beaux Banovic-Edwards to win the TABtouch-Mount Barker Cup on his 94th start and become the oldest victor of a race at a TAB meeting in Australia this term.

In the same season as Twilight Payment became the Melbourne Cup’s oldest champion aged eight years, five months and 28 days, Corporate Larrikin became the Mount Barker Cup’s most mature winner aged 11 years, four months and six days. Next term, Corporate Larrikin’s trainer, Angela Smith, will require express permission from Racing and Wagering Western Australia stewards if she would like to enter her veteran gelding in a race as a 12-year-old competitor. However, no thoroughbred aged 13 or more years is eligible to race, trial or be trained under the Australian Rules of Racing.

Corporate Larrikin’s competitive record reads 17 victories and 23 minor placings from his 94 appearances, not bad for a $4,250 graduate from the 2011 Magic Millions Perth Yearling Sale, which finished stone motherless on his December 2012 debut, crossing the line nearly 14 lengths behind Bunbury maiden winner Princess Caraboo. Surely neither Brad Parnham nor Smith, whose list of honours include the 1997 Perth Cup (Time Frame) and the 2009 Mount Barker Cup (Viscount Cameron), thought Corporate Larrikin would earn more than $400,000 for his connections over the next nine years.