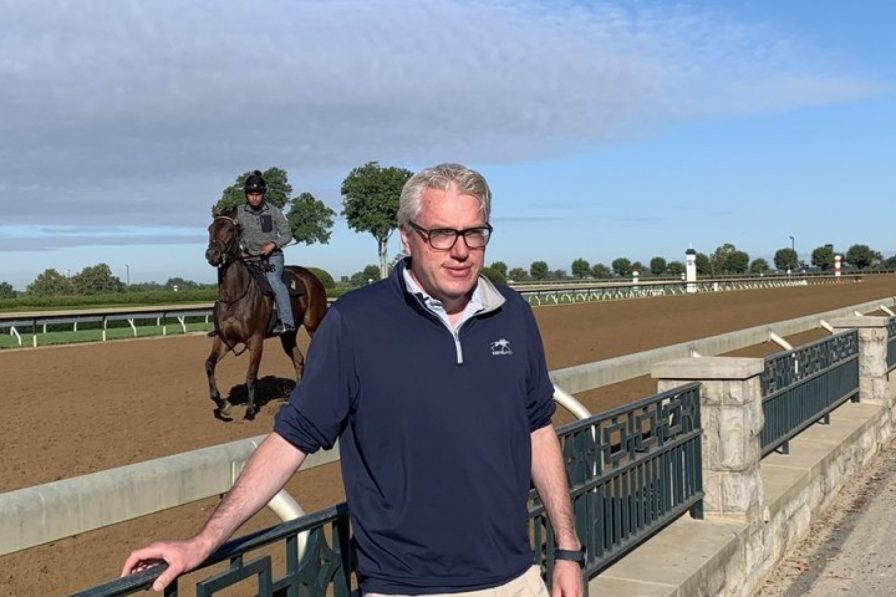 “Two parts Hugh Grant to one part Johnny English.” Patrick Lawrence Gilligan‘s delightful description of Ed Prosser in his Thoroughbred Racing Commentary profile of the Keeneland representative made me reminisce about the life-changing course on which we met.

The year was 1995. The place was the British Racing School. The course was the British Horseracing Board Graduate Development Program, which Christopher Hill created in 1991. During my nerve-racking interview at 42 Portman Square in London’s Mayfair district, I recall Hill and course alumnus Simon Clare telling me more than 1,600 people had applied for the 17 scholarships. I landed the Racing Post position, Prosser scored the Levy Board berth, and from memory, the Class of 1995 also included the likes of future racing solicitor Gillian Nevin, future racing bookmaker Tim Pakyurek and future racing administrator Dickon White.

The 1995 British Horseracing Board Graduate Development Program had two distinct elements: a two-week residential course in Newmarket during which participants met senior operators from a broad cross section of the thoroughbred racing industry and a subsequent two-month work placement. It was 25 years ago, but I vividly remember patting champion chestnut Arazi in his paddock at Dalham Hall Stud, spending a memorable morning on Warren Hill in the company of Sir Mark Prescott and backing Danehill Dancer to win his debut race at odds of 7-4 because Newmarket‘s Betting Intelligence Officer let it slip to our group that the colt’s owner, Michael Tabor, was flying in from overseas just to see him make his bow. Danehill Dancer won each of his next two starts as well, and both of them were Group One events. In hindsight, Danehill Dancer should have been 4-7 at best.

Gilligan’s awesome article about Prosser makes me want to know more exploits of British Horseracing Board Graduate Development Program alumni. For example, I know racing executive Alan Delmonte (1994) and racing broadcaster Ed Chamberlin (1996) came off the production line 12 months before and after me respectively, but there must be getting on for 500 course alumni, and so many of them would have captivating stories to tell. I want to hear all of them.

There is no doubt the Godolphin Flying Start scheme, which His Highness Sheikh Mohammed bin Rashid Al Maktoum launched in 2005, drew its inspiration from the British Horseracing Board Graduate Development Program. Godolphin Flying Start’s website lists its alumni’s details. How good would it be for the granddaddy of them all to do likewise? Bloody brilliant.