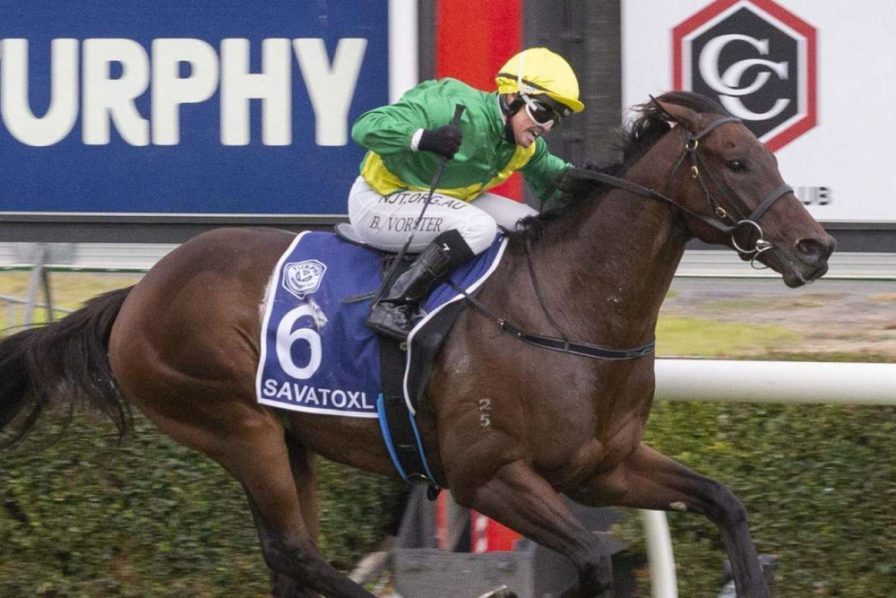 Nine months after finishing more than 10 lengths behind Group One winner Ihtsahymn in the Darwin Cup, Savatoxl won South Australia’s most famous sprint race to complete his journey from the Red Centre to the centre of attention.

The Alice Springs Turf Club paid $8,000 to secure the son of Kuroshio and Li’l Miss Hayley at the 2017 Inglis Melbourne Vobis Gold Yearling Sale before selling him for $18,000 to Will Savage at the subsequent Inglis Red Centre Sale.

Savatoxl, which is a race caller’s nightmare because his name is pronounced sava-two-xl, won eight of his first 10 starts, all on the sand surface of Pioneer Park in Alice Springs, before his initial interstate assignment ended in tears when he finished last in the 2019 Fred Best Classic, a Group Three event at Eagle Farm for the classic generation.

Between Savage and Darwin-based conditioner Gary Clarke, they campaigned Saxatoxl eight times back in the Northern Territory before the galloper’s connections consigned him to the South Australian stable of Tony and Calvin McEvoy. It took four more starts for Savatoxl to win somewhere other than either the Red Centre or the Top End and that success occurred in a Morphettville Parks handicap in November 2020. There are 74 Group One contests set down for Australia this season, and currently, Savatoxl’s victory in The Goodwood is the most remarkable story. It will take a lot of beating.