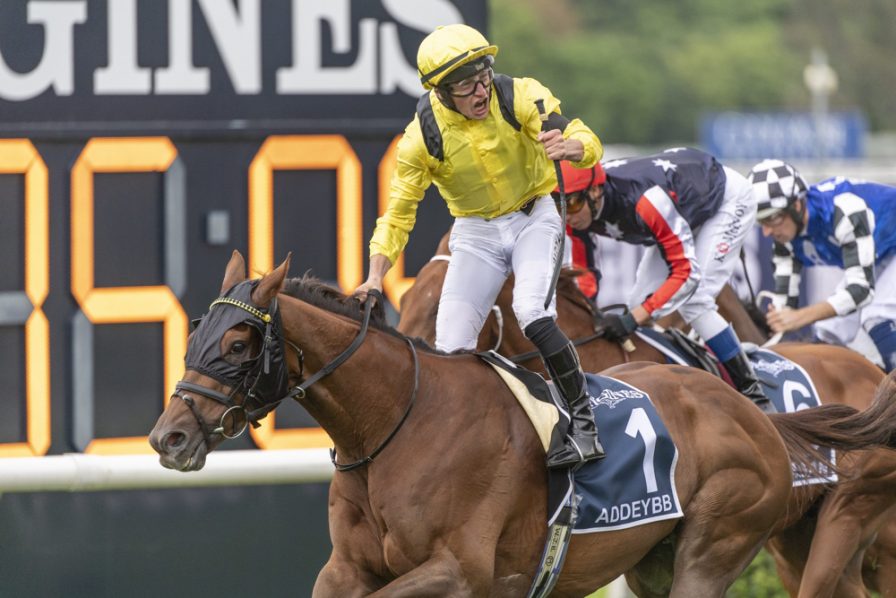 There was a time when William Haggas was better known for his marriage than his career. But now Lester Piggott’s son-in-law is the only person to train the same northern hemisphere-based galloper to win three Group One races in Australia.

Addeybb may not have been at his brilliant best in the 2021 Longines Queen Elizabeth Stakes – Punting Form rated his run more than six lengths inferior to the one he produced in the 2020 edition of the Randwick event – but his race-best last 400 metres under Tom Marquand, whose performance was out of the top drawer, enabled him to withhold the challenge of his major rival, Verry Elleggant, and rewrite the history books.

Haggas, who is married to Piggott’s daughter Maureen, has a happy knack for winning big races firing few bullets. Haggas had just 40 thoroughbreds in his stable when Shaamit won the 1996 English Derby at Epsom. When Dancing Rain won the 2011 English Oaks, Haggas became the first trainer to record two wins from his first two runners in Epsom-hosted English classics. Now Addeybb, which boasts two Queen Elizabeth Stakes and one Ranvet Stakes on Australian turf, in addition to the 2020 Champion Stakes he dominated at Royal Ascot, has earned his place in the annals of thoroughbred racing. And only a fool would discount the possibility of Haggas setting Addeybb for a shot at the 2022 Queen Elizabeth Stakes, a win for the gelding in which would result in him equalling Winx.