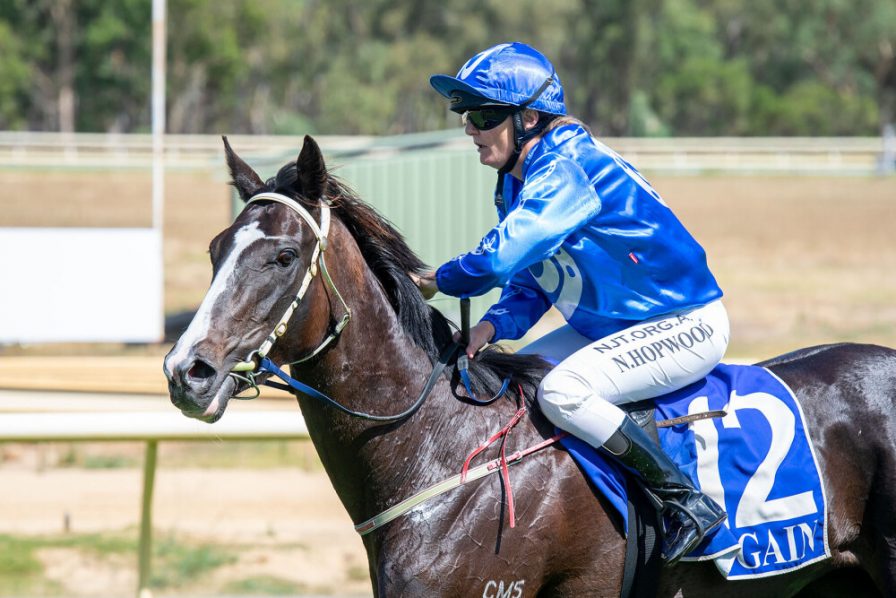 Nicole Hopwood is the jockey with the highest win percentage in Western Australian metropolitan thoroughbred races this season after she steered Timely Outburst to her third city victory in the last two months and fourth career success.

Hopwood (37.5 per cent) is above Holly Watson (28.57%), Mollie Clark (25%), Chris Parnham (22.44%), Jett Stanley (21.43%), William Pike (19.47%) and every other rider on this term’s Western Australian metropolitan win percentage ladder, and no galloper has carried her to victory more often than the progressive Stephen Miller-trained filly.

Loyalty is a scarce commodity in thoroughbred racing, so it is particularly pleasing to witness Hopwood, Miller, Timely Outburst and the filly’s owners reaping the rewards, both emotionally and financially, the latter to the tune of $176,650 following the female sprinter’s Belmont win.

Hopwood made her competitive debut in the saddle in 1997, booted home her first winner in 1998 and has ridden four gallopers – John’s Command, Ron’s Gem, Sky’s Honour and Timely Outburst – to four victories apiece.