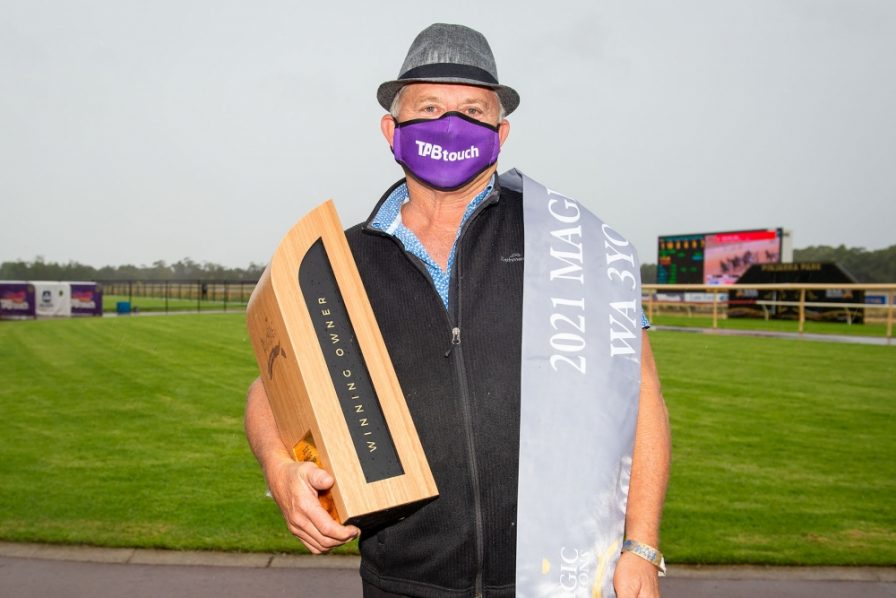 Western Australian thoroughbred lovers are doing all sorts of weird and wacky things to raise funds for the equine and human victims of the state’s recent bushfires that centred on Perth’s eastern fringe. For example, 22-year-old horseman Brandon Ivic is selling himself for a night out south of the Swan River. Thankfully, Harrison refrained from offering his services as a 62-year-old gigolo and settled for giving his Magic Millions WA 3YO Classic-winning trainer’s percentage of $11,200 to the Lord Mayor’s Distress Relief Fund.

Harrison is one of the 11 proud owners of Gemma’s Son, which became the first Magic Millions WA 2YO Classic champion to win the Magic Millions WA 3YO Trophy. Gemma’s Son was the 21st winner this term for Harrison, whose gallopers have run 188 times and banked nearly $1.1 million this season for their connections, many of whom are involved in multiple thoroughbreds to which Bridge Patrol Lodge is home.