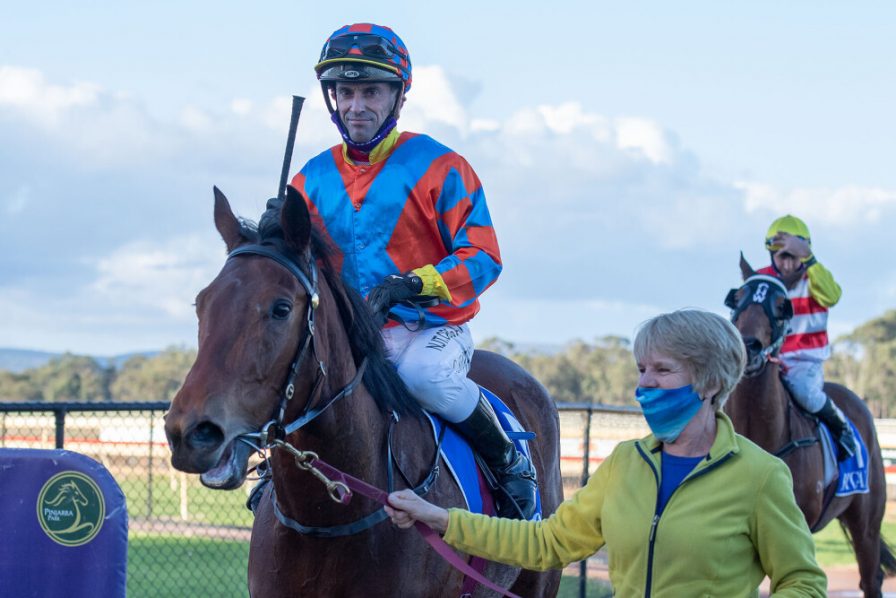 Janaura’s connections will be hoping next season’s Western Australian thoroughbred racing calendar features a meeting on 8 July 2022 after the filly with a portmanteau name and heart-breaking story kept her perfect record on the day.

Great mates Janine Chalwell and Laura Jordan purchased the daughter of Safeguard and Comme Ci on the account of Laura’s husband, trainer Paul Jordan, at the 2019 Magic Millions Perth Yearling Sale. Chalwell and Jordan blended the first three letters of Janine and the last four letters of Laura to register their $60,000 buy as Janaura. Diagnosed with cancer in 2017, Chalwell was close to losing her brave fight against the Big C when Janaura broke her maiden on Wednesday 8 July 2020, but she made it to Belmont to see the filly lead all the way under Ryan Hill on her eighth start.

Chalwell passed away three months later at the age of 62, and Janaura was winless in her nine races following the death of her part-owner before she made it two victories from two 8 July appearances by claiming Thursday’s Hygain Trainers Award Handicap at Pinjarra under Craig Staples.

Many horrible things have occurred on 8 July. In 1876, there was the Hamburg Massacre prior to that year’s presidential election in the United States of America. In 1892, a fire devastated St John’s in what is now Canada. And in 1996, the Spice Girls released their debut single, Wannabe. Januara’s 2020 and 2021 wins have gone some way to balancing the ledger, and I’ll tell you what I want, what I really, really want. I want Janaura to win a race on 8 July 2022.