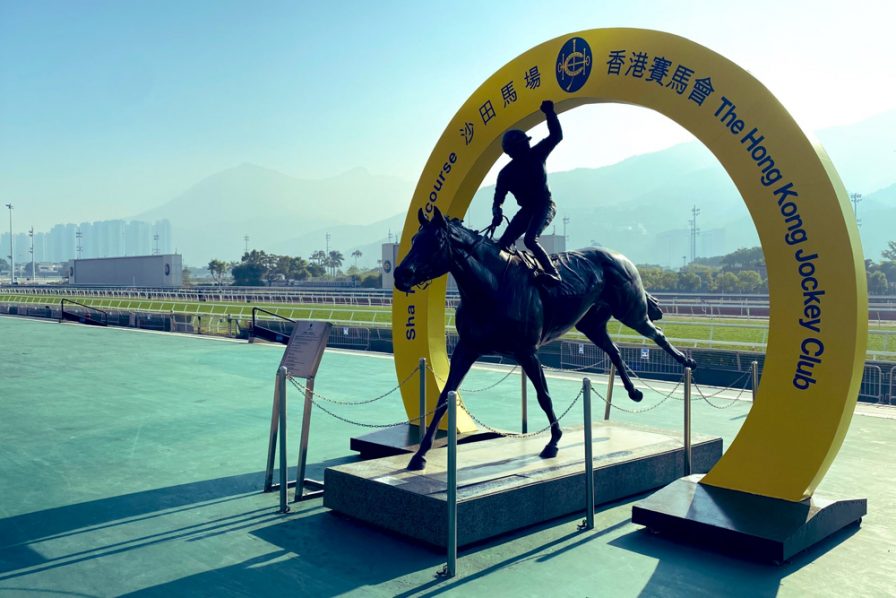 Sculptors whose portfolios include life-size bronze statues may consider preparing a proposal for the Hong Kong Jockey Club as Golden Sixty closes in on the thoroughbred racing jurisdiction’s record winning streak held by Silent Witness.

Golden Sixty’s short-head victory in the Citi Hong Kong Gold Cup was the narrowest of his 16 wins from his 17 starts, the last 13 of which the Francis Lui-trained galloper has strung together in a line, including four at Group One level. Sha Tin, the larger of the Hong Kong Jockey Club’s two venues situated in the Chinese special administrative region, features British artist Juliet Cursham’s magnificent piece depicting Silent Witness crossing the finish line with his regular jockey, Felix Coetzee, saluting the crowd. The clamour for Golden Sixty to have his own work of art is likely to reach a racket if he either equals or breaks the mark of the all-time great, which resides at Living Legends in Melbourne along with other retired stars of the turf.

Thoroughbred racing fans had not one but two opportunities to buy Golden Sixty before he made his way to Hong Kong. The five-year-old son of Medaglia D’Oro and Gaudeamus graduated from the 2017 Magic Millions Gold Coast Yearling Sale for $120,000, and his Kiwi purchaser, Riversley Park, made a healthy profit when Lui splashed out NZ$300,000 to secure the future champion during New Zealand Bloodstock’s 2017 Ready to Run Sale of 2YOs. Golden Sixty’s career prize money stands at HK$66,525,600, which is more than $10 million in both Aussie and Kiwi dollars, so Lui bought very, very well.