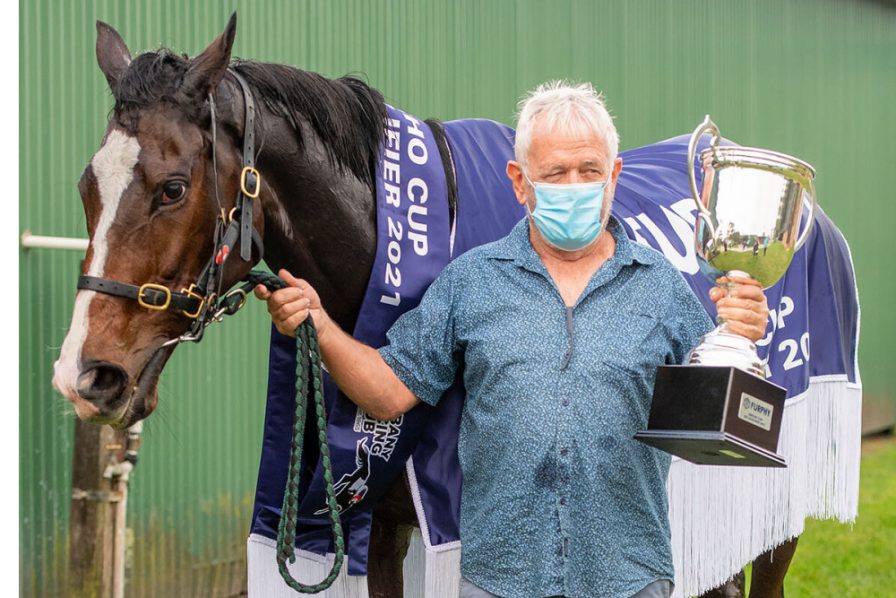 In 1918, Bill The Bastard won the original Jericho Cup in Palestine. One hundred and three years later, another war horse, Saxon Saxoff, has earned a subsidised trip from Western Australia to Victoria to contest the 2021 edition.

Saxon Saxoff’s win in the Road to Jericho WA Qualifier in Albany, the Western Australian port city that is home to the National Anzac Centre, was his first victory in nearly 12 months and the biggest payday of his 79-start career. Also, the 10-year-old gelding’s all-the-way success over 3,100 metres not only guaranteed him a place in the 2021 Jericho Cup final field but also a $20,000 travel subsidy from Racing and Wagering Western Australia to encourage his connections to make the trek from Karnup to Warrnambool to participate in November’s marquee event over 4,600m.

Former transport company owner Bill Gibbins not only came up with the idea and the funding for the modern Jericho Cup but also convinced Racing Victoria to back the unique concept. Revived in 2018, the Jericho Cup is Australian thoroughbred racing’s longest race without obstacles, the 4,600m distance being the metric equivalent of the three miles over which Bill The Bastard triumphed on desert sands a century ago.

Saxon Saxoff is in the running to join Bill The Bastard (1918), High Mode (2018), Ablaze (2019) and Count Zero (2020) on the Jericho Cup honour roll. Maybe not only will Saxon Saxoff cross the Nullarbor Plain but also Madi Derrick, who has won two of her three assignments on him.