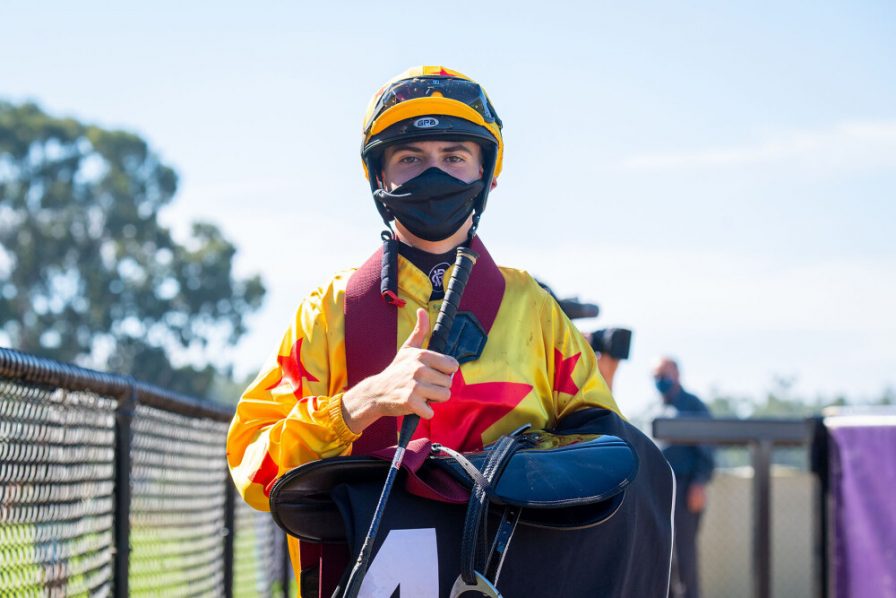 Brent Stanley won the 1996 Caulfield Cup as a teenager, but the Group One-winning jockey required two more rides to post his first race victory than his talented teenage son Jett, who saluted the judge on his third competitive appearance.

Favourite backers were likely the only people upset at Jett Stanley’s Flying Colours Restaurant Handicap triumph aboard Grant and Alana Williams-trained gelding Trevello, which carries the Galante family’s dark blue and gold colours synonymous with Royal Ascot hero Scenic Blast. Trevello caught odds-on runner How’s The Serenity in the shadows of the Ascot winning post before Stanley returned to scale and gave one of this season’s most emotional interviews.

Jett Stanley debuted aboard Williams-trained galloper Seven Kingdoms at Pinjarra Scarpside on Sunday and broke through aboard Trevello on his third start. Brent Stanley made his bow on Mistress Changby at Queanbeyan on Friday 21 October 1994 and scored his first success aboard Bayley’s Reward 24 hours later at the same track on his fifth race outing. Brent Stanley was 17 years old when he partnered 1996 Caulfield Cup champion Arctic Scent to Group One glory.