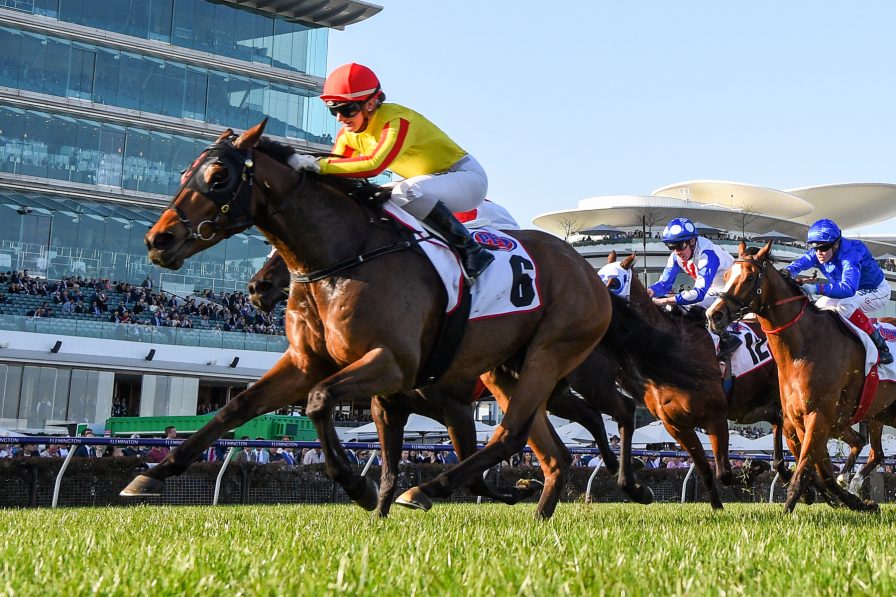 Thoroughbred racing is one of the few sports in which women and men compete on a level playing field, and no jockey rode more winners across this year’s Caulfield, Moonee Valley and Flemington carnivals than female rising star Jamie Kah.

Kah was bred to be a sportsperson but not a jockey. Kah’s parents, John and Karen, represented Australia in speed skating at Olympic Winter Games in the 1990s and her dad’s big brother, Danny, wore green and gold in 1988.

However, Kah was destined to become a jockey from the moment she started riding trackwork at a friend’s stables as a young teenager. Kah ended her first season as the South Australian metropolitan jockey premiership victor, the first apprentice to secure the title in 20 years. Kah claimed three South Australian city jockey premierships before she moved from Adelaide to Melbourne, and three months into the 2020-2021 campaign, she is on course to succeed Craig Williams as the Victorian metropolitan jockey champion.

Kah rode eight winners during this year’s Caulfield, Moonee Valley and Flemington carnivals, one more than Hugh Bowman, Ben Melham and William Pike. The Melbourne Cup Carnival wrapped up with Kah on 25 Victorian city victories this term, six more than her closest challenger, Melham. Linda Meech was Victoria’s winningmost jockey in the 2018-2019 season but she finished 11th on the metropolitan ladder.

Hollywood made a movie, Ride Like a Girl, about Michelle Payne because she won one race, albeit a high-profile one, the 2015 Melbourne Cup. A smart film producer would buy the rights to Kah’s life story before they are very expensive.