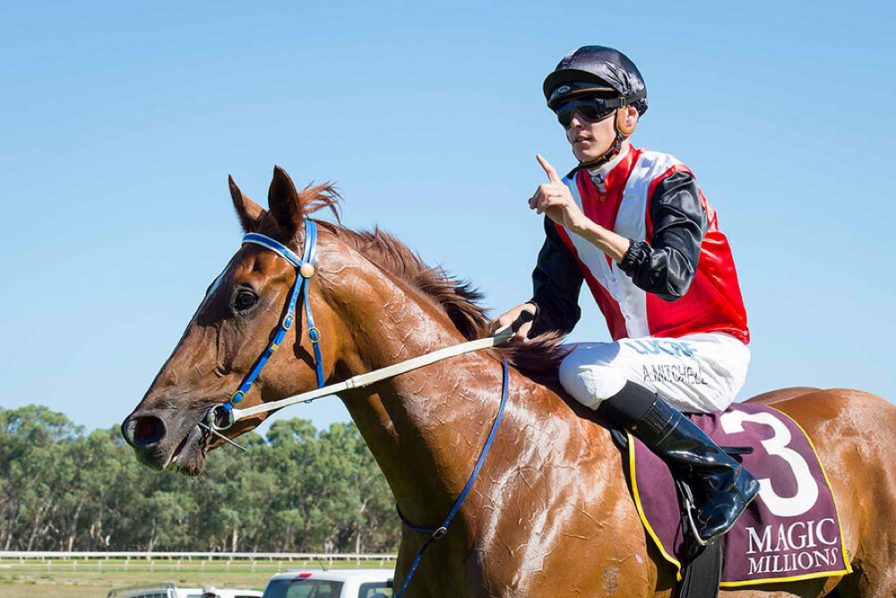 In 2012, Aaron Mitchell won his first race as a flat jockey aboard Hay Street Hero. Nine years later, the Michelin Man of Australian thoroughbred racing, who grew too big to ride in races without obstacles, won his first race over jumps.

And how fitting it was Mitchell got off the mark in his new pursuit during the Warrnambool May Racing Carnival on the back of a galloper named Michelin trained by Northerly’s 2002 WS Cox Plate-winning jockey Patrick Payne, another member of a famous Australian family of the turf whose weight forced him off the flat and over fences.

Mitchell, the grandson of Western Australian trainer Wally Mitchell, who prepared 1987 Australian Racehorse of the Year Placid Ark, enjoyed his greatest victories on the flat aboard Simon Miller-conditioned Valour Road, which won the 2018 Magic Millions WA 2YO Classic and the 2018 Karrakatta Plate. Mitchell had begun his career with an all-the-way triumph on Kellie Grantham-trained Hay Street Hero in a Belmont handicap in June 2012, riding more than 200 winners before he gave away competing on the flat in January 2019.