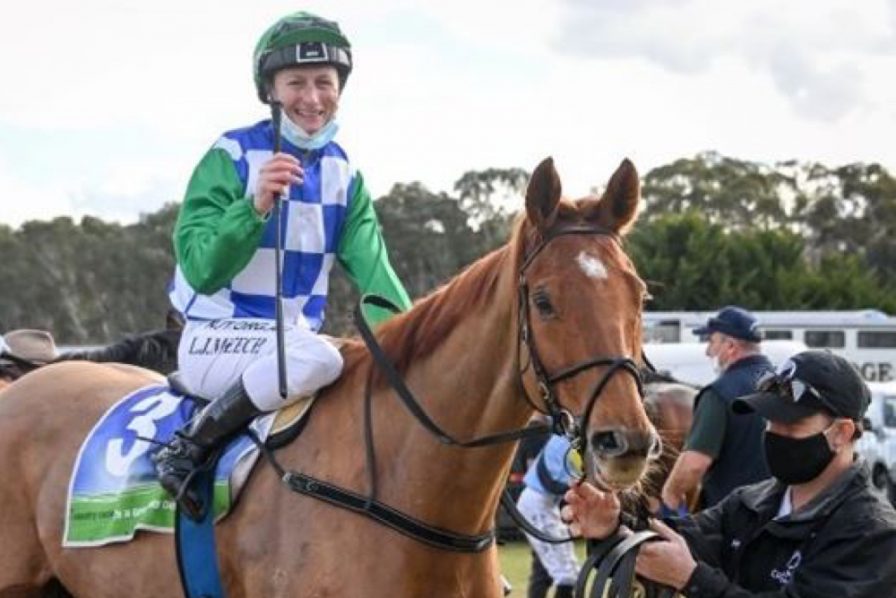 A world-class female jockey who gave birth to a baby boy last year combined with a seven-year-old gelding out of a World Class mare to win the Border Inn Apsley Cup at Edenhope in a race marred by another rider’s fall.

Two-time Group One-winning jockey Linda Meech became a mum in January, and she returned to the winner’s enclosure on her sixth post-natal start when Ciaron Maher and David Eustace-trained galloper Last Week triumphed in the Border Inn Apsley Cup. The likes of Kristin Armstrong – not the former wife of disgraced fellow cyclist Lance Armstrong, Fanny Blankers-Koen and Jessica Ennis-Hill won Olympic Games gold medals as mothers, and only a fool would dismiss the possibility of Meech saluting the judge at the top level again given the Kiwi rider’s talent in the saddle.

Meech, who steered more winners in Victoria during the 2018-2019 season than any other jockey, secured the 2015 Coolmore Classic aboard Plucky Belle and the 2020 Oakleigh Plate on Pippie, which led the sprint contest from start to finish.