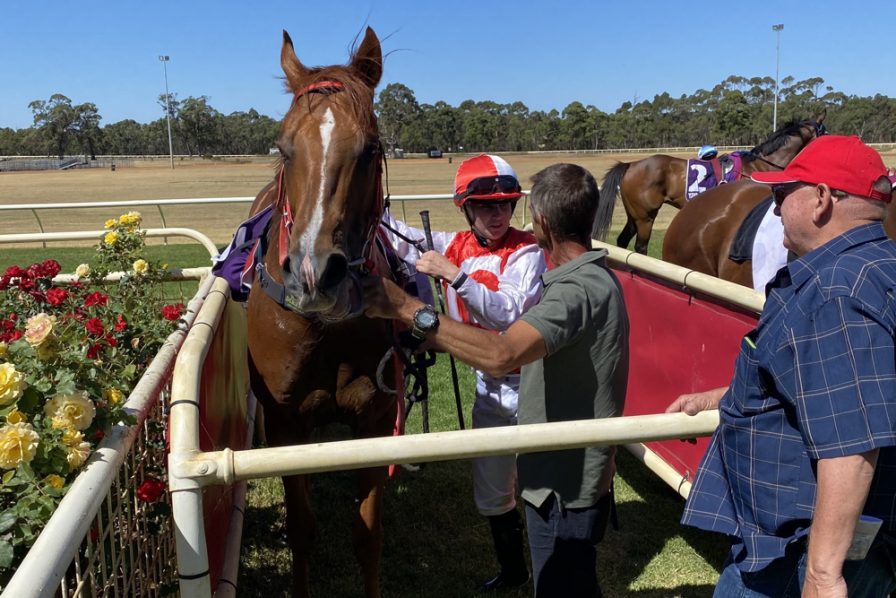 Many punters had sour grapes after Fearless General defied a big betting drift and fell in to win the Motel Le Grande Handicap at Mount Barker, but Malcolm Byas galloped back into the winner’s stall with his first starter in six years.

Absent from the Western Australian thoroughbred racing ranks since February 2015, Byas produced Fearless General off a 337-day spell without a preparatory trial to lead all the way under rising star Madi Derrick on Grapes and Gallops Day, the marquee meeting on Mount Barker’s calendar.

Magic Millions graduate Fearless General realised $155,000 at the 2017 Perth Yearling Sale before having two unplaced starts for his original buyer, Trevor Andrews. Peter Fernie prepared Fearless General to win once at Esperance and twice at Kalgoorlie, but the gelding was very inconsistent, either winning or barely beating a galloper to the finish line.