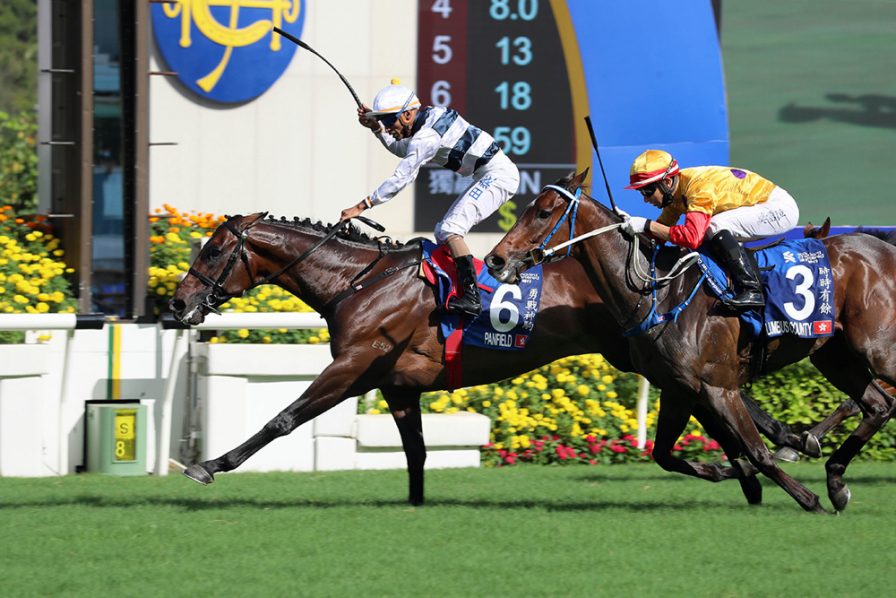 Panfield could become the first Chile-bred galloper to earn a 120-plus rating since the introduction of the Longines World’s Best Racehorse Rankings after he added a Hong Kong Group One victory to the three Group Ones he won in Chile.

The Longines World’s Best Racehorse Rankings superseded the World’s Leading Horses in 2008. Retired runners Cocoa Beach (119 in 2008) and Il Campione (119 in 2015) are the two Chile-bred thoroughbreds with the highest official ratings since 2008, but Panfield’s defeat of, among others, Columbus County (115 in 2020) and Exultant (120 in 2020), in the Standard Chartered Champions & Chater Cup at Sha Tin could result in him posting a rating north of his compatriots.

The Standard Chartered Champions & Chater Cup was Panfield’s seventh start for Tony Millard in Hong Kong since he made the switch from Chile, where he won three consecutive Group One races in the Part I jurisdiction as Look Pen. Panfield is the latest Chile-bred galloper to make an impact on the world stage. Australian thoroughbred racing fans will be familiar with two-time Group One-winning sprinter Eduardo, which is one of the best sons of the champion miler, Host.