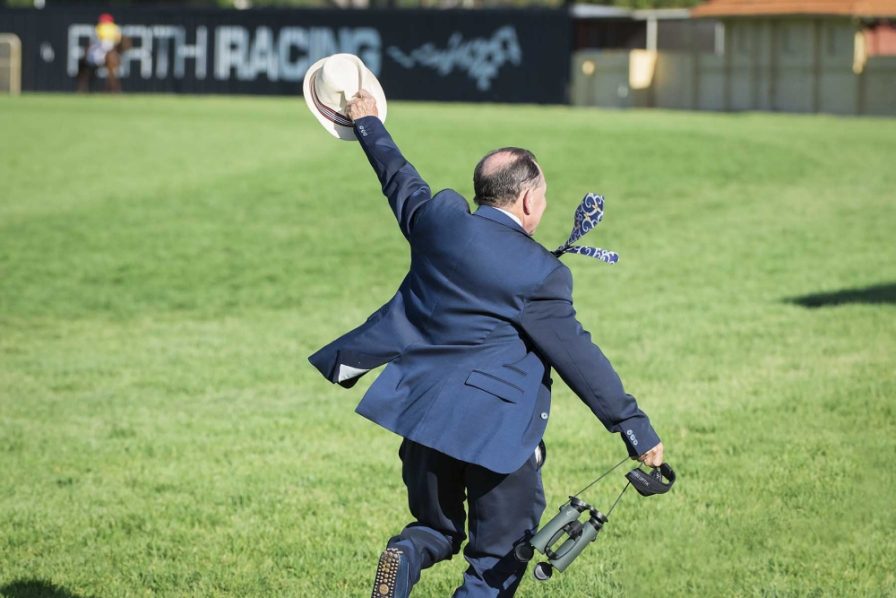 Four years ago today, Group One character Gary Moore jumped the fence, galloped on the track and provided photographers with images that went viral following Takedown’s victory in the Winterbottom Stakes at Ascot.

It was the first year of The Masters, and the Winterbottom Stakes was standing alone from the Railway Stakes for the first time as a Group One race. Five high-quality eastern states-based sprinters – Keen Array, Malaguerra, Sheidel, Terravista and Takedown – made the trip to the west, thereby vindicating not only my change of program to three Group One meetings but also my Equine All Stars Incentive Scheme.

All I needed now was a contest worthy of a Group One event with a $1 million purse, and ideally, a positive post-race story or two to promote future editions of The Masters. I need not have worried. Takedown was in the best form of his career, Moore spent the week leading into the Winterbottom Stakes promising me and my sidekick, Grant Burns, he would put on a show if he secured his first Group One win on Australian soil and the field had genuine depth.

Takedown fought off Sheidel to win the Winterbottom Stakes, and then all eyes turned to Moore, who evaded Perth Racing guards and Racing and Wagering Western Australia stewards before running up the Ascot hill to greet Tim Clark aboard the victorious thoroughbred. Two weeks later, Takedown was at Sha Tin where, after missing the kick, he finished less than two lengths behind Aerovelocity. And Takedown was far from the only Winterbottom Stakes runner to frank the form of the Ascot race’s 2016 edition, Sheidel, Terravista and Vega Magic each winning Group One events on their next starts outside Western Australia, while Malaguerra beat Black Heart Bart by two lengths to win a Group Two heat.