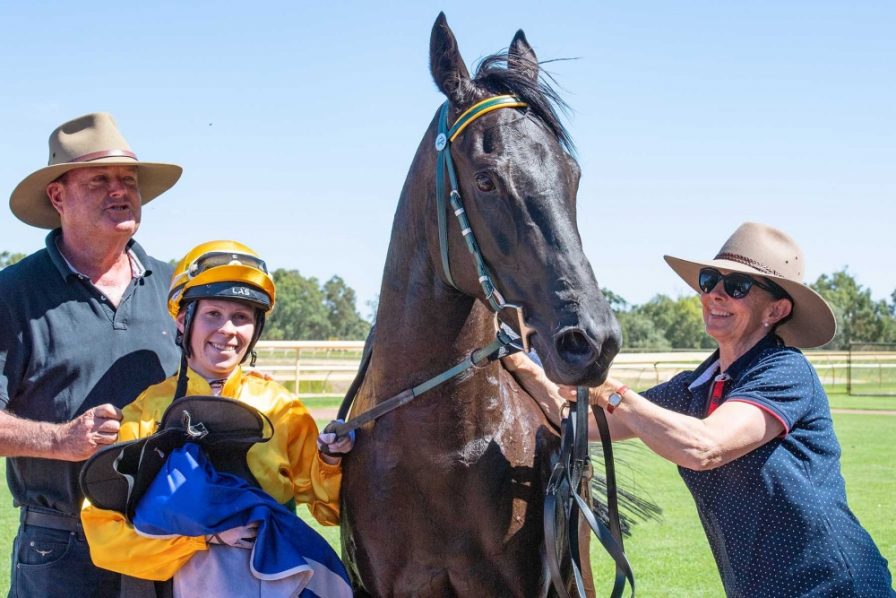 Kristy Bennett made an inauspicious start to 2021, but since finishing stone motherless in her only New Year’s Day race, the apprentice has posted a Perth Cup Day treble and ridden Deborah Murphy’s first winner in more than four years.

Dolusky was the last galloper to cross the finish line in the seventh event on the Pinjarra program, but even her predictable failure – she started as the 150-1 outsider – could not dampen the spirits of Bennett and Murphy, the latter whose husband, Geoff, managed the Western Australian Turf Club’s racing and training facilities for two decades.

Saturn Black is one from one after making a winning start to her career, but she has a long way to go to match the feats of Murphy-trained Come Flirt With Me, which won four races, including a Saturday handicap at Belmont in July 2014.