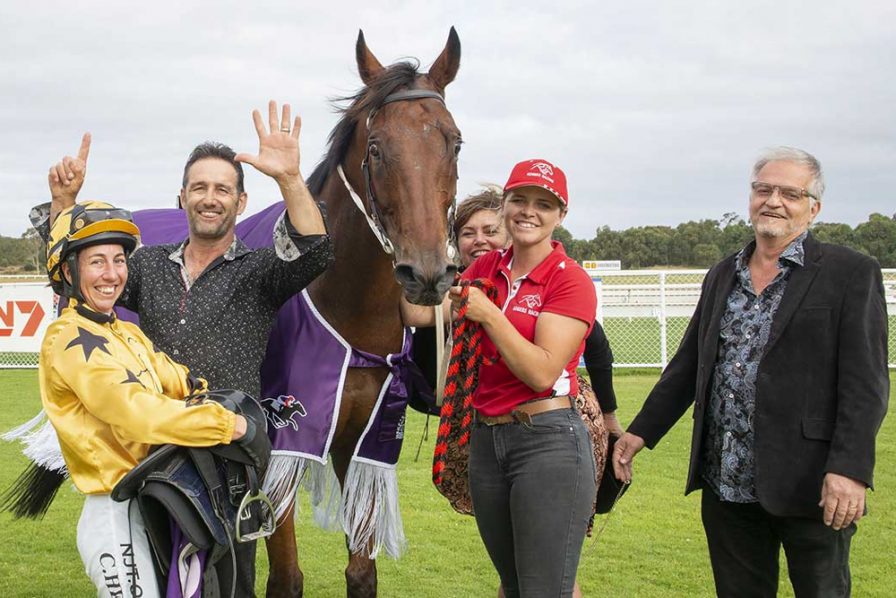 It was the Roy Rogers Show on Fitzpatrick Plate Day as the Albany-based trainer triggered celebrations among his fans, saddling six winners, including 30-1 roughie Echo Effect in the main event, from his 21 starters.

Rogers, who plied his trade in Malaysia, Singapore and South Australia before settling in Western Australia in 2012, trained four victors on a seven-race Albany card last month, but he eclipsed that effort with five of the six winners on Fitzpatrick Plate Day before Echo Effect, one of his three largely unfancied runners in the feature sprint, carried apprentice rider Carleen Hefel to her biggest-ever payday.

Rogers sent out 20 winners from 186 runners last season, and his career-best day resulted in him hitting 20 winners this term from 130 runners. Thirty-four victories, which Rogers achieved in the 2018-2019 Australian thoroughbred racing season, is the next mark in his sights, and his stable has the bullets to shoot past that number long before August.