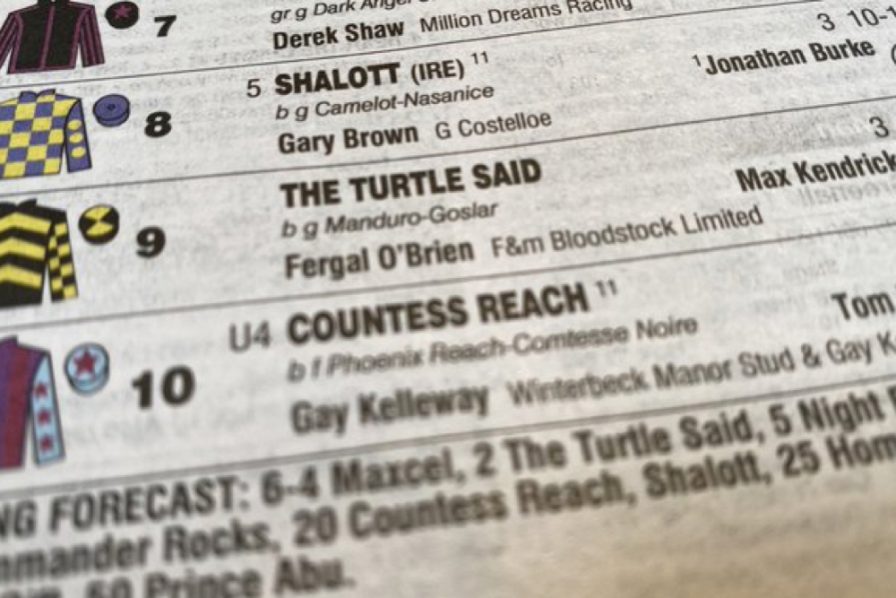 Congratulations to irreverent Irish trainer Fergal O’Brien, whose debut-making gelding The Turtle Said put a collective smile on the faces of thoroughbred racing fans in the British Isles with his risque name.

Say The Turtle Said quickly, and it sounds like The Turtle’s Head, the definition of which you can find in the infamous Urban Dictionary. It is not the first time O’Brien – “reliably witty, perennially genial” according to his Twitter profile – has made waves with a galloper’s moniker, although De Name Evades Me arrived at his Cheltenham stables with his name following six point-to-point races in Ireland.

Racing authorities take a dim view of connections attempting to register undesirable names. For example, Racing New South Wales issued an owner with an 18-month ban for registering a filly as Andiamo Fica, which is Italian for something not nice at all. But British officials did not sanction the owners of Mary Hinge, which won a 1994 Listed sprint at Haydock. Mary Hinge is what is known as a Spoonerism.