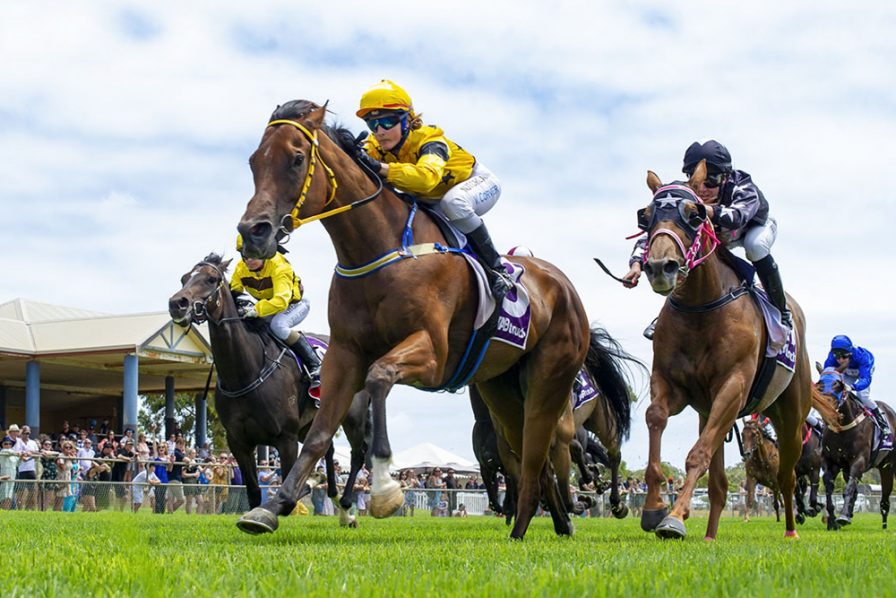 Local trainer Geoff Tiver returned to the winner’s stall for the first time in 13 years, and My Demi sank his Geraldton Toyota Batavia Sprint opponents to record the biggest win yet of former movie stuntman Brock Lewthwaite’s career.

Only sporadically has Tiver saddled runners since the 2000s. Shecky Red was just Tiver’s 21st starter in the last 11 years, and the six-year-old gelding’s 339 Marine Terrace Maiden victory was his conditioner’s first winner since Divine Comment justified odds-on favouritism in a Geraldton handicap under Mark Forder in October 2007. Shecky Red had gone close to causing a 60-1 boilover at Geraldton last month, and he proved his first-up second was not a fluke.

Lewthwaite, who was a riding double in The Hobbit film series shot in his native New Zealand, is a rising star of the Western Australian thoroughbred racing ranks. My Demi, which races in the white and green colours of the Macalister family that Magnifisio carried to Group One glory, joined Lewthwaite from his former boss, David Harrison, in 2019. Lewthwaite, who is showing a positive return of investment for level-stakes punters four years into his training career, has formed an excellent partnership with the great William Pike, but it was another man making quite a name for himself, apprentice rider Laqdar Ramoly, who steered My Demi to his Geraldton Toyota Batavia Sprint success.