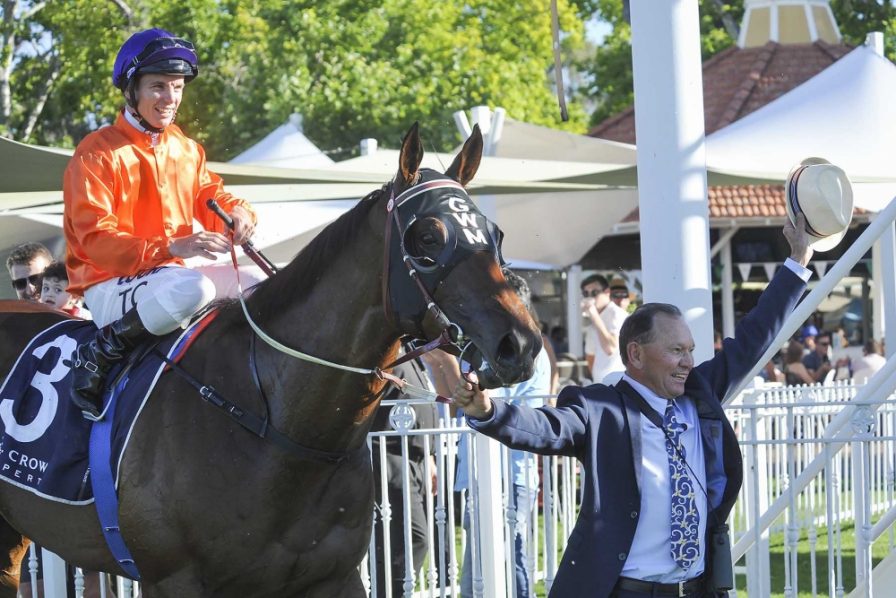 It had to be easy, efficient and equitable. My Equine All Stars Incentive Scheme was all those things and more, a game-changing initiative that attracted modern-day record numbers of visiting gallopers to the Ascot Racing Carnival.

Campaigning either interstate- or overseas-based thoroughbreds in Western Australia was an expensive exercise before I conceived the Equine All Stars Incentive Scheme in 2016. Connections of a Sydney-based galloper contesting both the Railway Stakes and the Kingston Town Classic would not get much change out of $40,000 after they had paid for floats, flights, quarantine inspections, hotel rooms, racing fees and living expenses. And that is if they could find another star galloper with which to buddy up on the two cross-country flights, plus it was a logistical nightmare. Something had to change if Perth Racing was going to get back to attracting high-class visiting thoroughbreds in double figures, something the club had not since the heyday of Marjorie Charleson, the First Lady of Western Australian racing, in the 1980s. The change was my unique scheme.

Grant Burns, the WA-based auctioneer who sold Winx, and Chris Calthorpe, the Victoria-based trainer who operates Air Horse Transport, were two of the key people who helped me to sell the Equine All Stars Incentive Scheme to trainers and owners, not only in Australia but also in New Zealand and further afield. We flipped the conversation on its head because, essentially, the scheme provided connections of Railway Stakes, Winterbottom Stakes, Kingston Town Classic and WA Guineas contenders with effectively risk-free shots at glory in those major races. Connections did not have to pay any up-front costs associated with transporting their gallopers, and only if their thoroughbreds won significant money would they have to rebate some of it back. Twelve visiting gallopers attended the 2016 Ascot Racing Carnival, including New Zealand’s top-rated thoroughbred, Kawi. The scheme continued to set records in 2017, 2018 and 2019.

The 2020 Ascot Racing Carnival is under way in Perth, and its centrepiece, The Masters, is scheduled to take place over the next three Saturdays. It is serious horseplay.