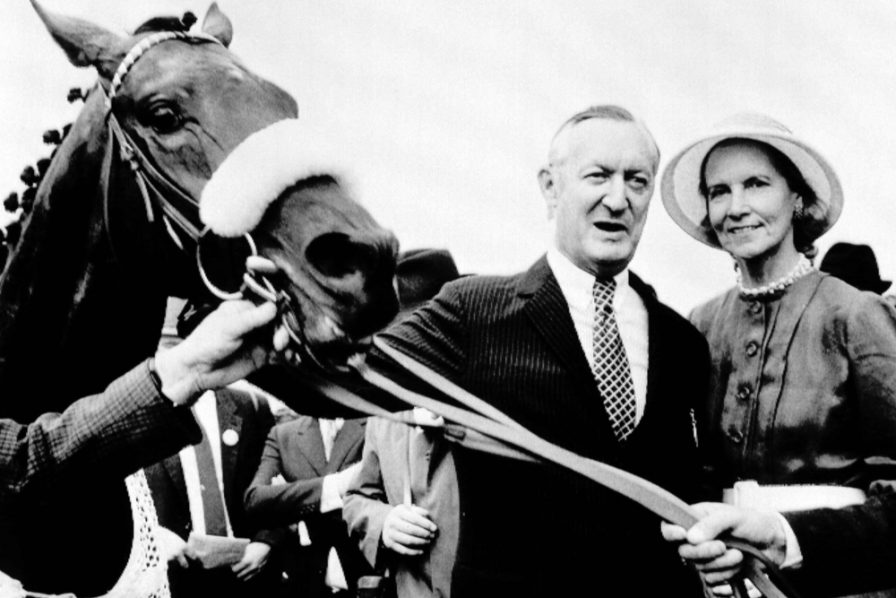 What is the worst name given to a galloper? And what is the best? In his book, Fifty Shades of Hay: The Extraordinary World of Racehorse Names, author David Ashforth awarded the brickbat to Gangrene and the bouquet to Wait For The Will.

American horseman Robert Bogart bred, trained and part-owned Gangrene, so he must shoulder the blame for not only her name but also her record. Gangrene, the 2002 product of 1983 Santa Anita Handicap victor Bates Motel and nine-time winner Momento’s Lady’s afternoon delight, started for 21 races for one second, two thirds and earnings of US$5,308. According to Ashforth, no wonder Gangrene failed to break her maiden in the mid 2000s after being saddled with a terrible name.

Ashforth, however, raved about Wait For The Will’s name. A wealthy Anglophile, American businessman Paul Mellon was the owner-breeder of several great gallopers, including 1970s superstar Mill Reef, one of Timeform’s top 10 thoroughbreds on the flat ever. An unassuming man, Mellon grew tired of speculation about his posthumous dispensations before he was posthumous. So he named the 1996 product of a couple of two-time Grade One champions, Seeking The Gold and You’d Be Surprised, Wait For The Will. Simon Whitworth wore Mellon’s famous black and gold colours aboard Wait For The Will twice before a change of ownership, after which the previously unplaced runner won 16 times, including once over hurdles.

You will have to read Fifty Shades of Hay: The Extraordinary World of Racehorse Names, which is available from all good bookshops and many bad ones as well, to find out the rest of Ashforth’s worst 10 and best 10. You will not regret it.