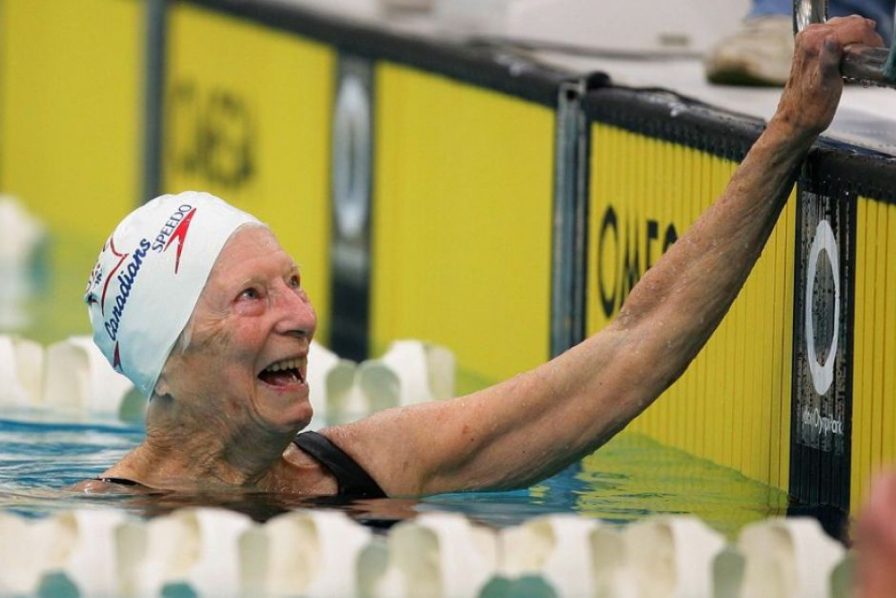 Australian prime minister Harold Holt went missing, presumed drowned, on this day in 1967, but the swimming star wife of one of his successors played a part in my favourite Sydney 2009 World Masters Games story.

Margaret Whitlam (nee Dovey) represented Australia in the 1938 British Empire Games, finishing sixth in the women’s 220 yards breaststroke conducted at North Sydney Olympic Pool. So when a 90-year-old Canadian swimming gold medallist from that international celebration of sport registered for the Sydney 2009 World Masters Games so she could visit the Emerald City one more time, arranging a rendezvous between Gough Whitlam’s then 90-year-old spouse and her former opponent was a no-brainer for the event’s Media Manager.

The Sydney Morning Herald ran an article about Noel Morrow (nee Oxenbury) signing up for the Sydney 2009 World Masters Games on the front page of its newspaper to coincide with 100 days to go before the event, and that made reaching out to Whitlam, via Games executive Lynne Bates, all that much easier. It took a nanosecond for Whitlam to agree to meet Morrow and her family at a media conference shortly after their arrival from Vancouver, and North Sydney Olympic Pool was the obvious place for them to share their stories.