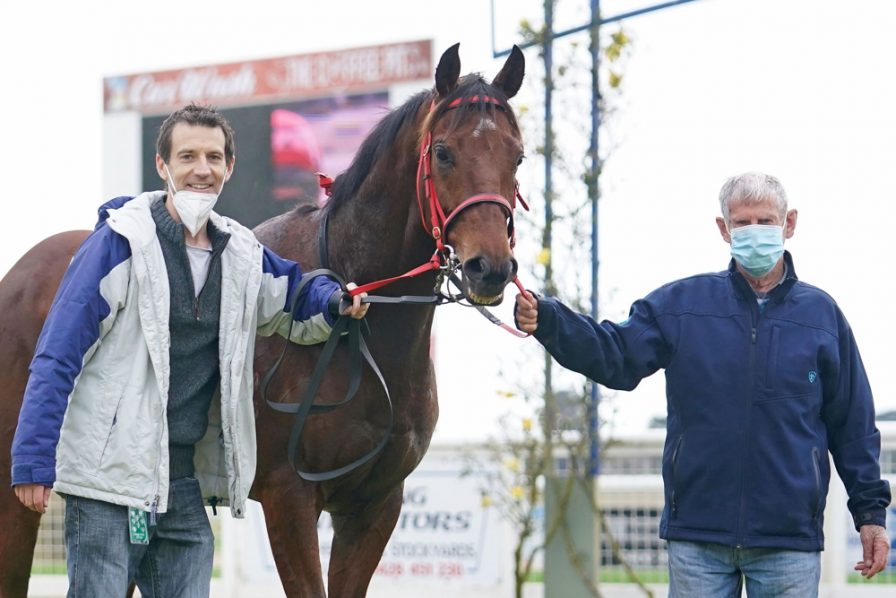 Colin Butcher, Colin Webster and Colin Oscopy. Wednesday’s thoroughbred racing in Australia and New Zealand was all about the Colins as two of the world’s oldest trainers and one of its funniest named gallopers registered victories.

Ninety-one-year-old Butcher saddled his first winner as a nonagenarian when Mount Santubong, a cleverly named son of modest mare Sarawak – Mount Santubong is a mountain in the Malaysian state of Sarawak – broke his duck in the Wayne Pollock/Bill Jones Maiden Plate at Sale. Butcher celebrated his 91st anniversary last week, so Mount Santubong’s success on his home track was a belated birthday present for his veteran conditioner. Opinions vary as to the identity of the oldest person to train a thoroughbred racing victor, but most historians think American horseman Randy Rouse is the rightful record holder. Rouse was 99 when he prepared Hishi Soar to win a feature hurdle race at Foxfield in May 2016.

At 81, Webster is a spring chicken compared to Butcher and Rouse. Webster saddled three runners at Belmont and one of them, Forever Dreaming, won the Amelia Park Plate to provide the octogenarian handler with his 25th triumph this season.

Colin Oscopy, the Samantha Logan-trained four-year-old gelding named after the examination used to detect changes or abnormalities in the large intestine and rectum, lit up social media when he was victorious in The Merchant of Matamata Maiden. It was Colin Oscopy’s seventh start.