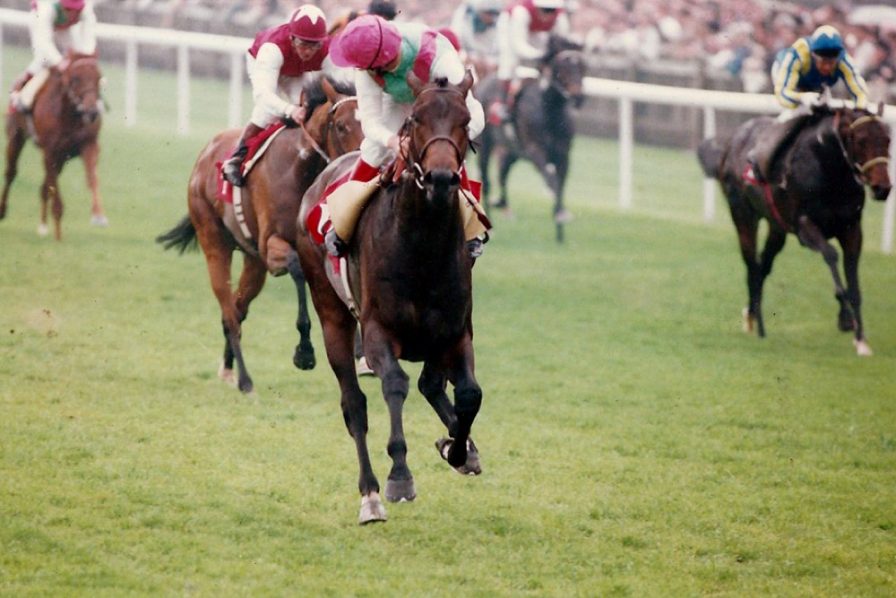 Which galloper sparked your love of thoroughbred racing? I remember Shergar winning the English Derby, Aldaniti winning the Grand National and Desert Orchid winning the Cheltenham Gold Cup, but it was Zafonic which made me fall for the sport.

Prior to Frankel, which Timeform rates as the greatest galloper of all time, no thoroughbred had produced a more devastating English 2,000 Guineas performance than the one Zafonic delivered on Newmarket’s Rowley Mile in 1993. Sent off the 5-6 favourite, Zafonic bounced back from the first loss of his career with an English 2,000 Guineas demolition job in which he broke a 45-year-old course record despite a pre-race thunderstorm. Television commentator Graham Goode, whose initials lent themselves to his fellow Channel Four broadcasters nicknaming him GG, uttered his best line when the Khalid Abdullah-owned, Andre Fabre-trained, Pat Eddery-ridden hotpot moved effortlessly alongside Barathea with two furlongs remaining. “Zafonic, on the left, is absolutely pulling double,” declared Goode before the favourite accelerated to win by three and a half lengths.

Nearly 30 years have passed since Zafonic’s victory in the 1993 English 2,000 Guineas, and such was its impact on me, it feels like yesterday he was making a subsequent Group One winner in three countries look ordinary. Barathea went on to claim the 1993 Irish 2,000 Guineas at The Curragh, the 1994 Queen Anne Stakes at Royal Ascot and the 1994 Breeders’ Cup Mile at Churchill Downs, earning European Horse of the Year honours in his four-year-old season. And another three-time Group One champion, Kingmambo, suffered two thrashings at the hooves of Zafonic during their juvenile campaigns.

Unfortunately, I did not keep up with Zafonic’s story after he retired from the track to sire the likes of Count Dubois, Xaar and Zafeen. If I had done so, I would not have told John Messara that Zafonic was my favourite thoroughbred while the Arrowfield Stud boss was interviewing me for the role of Chief Executive Officer of The Championships. Zafonic died as the result of an accident at Arrowfield.